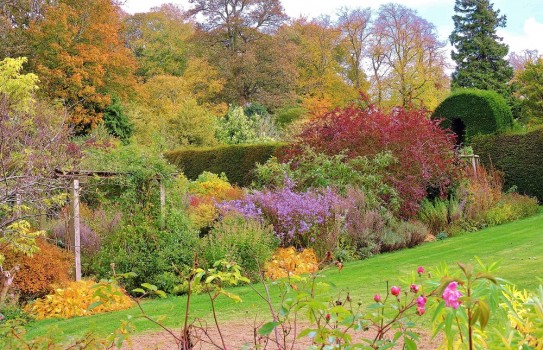 This three-acre walled Malleny Garden has a delightful collection of old-fashioned roses and fine herbaceous borders, and also houses the National Bonsai Collection for Scotland.

A particular feature of the Malleny Garden is the four 400-year old clipped yew trees, but there is also woodland for a peaceful stroll.
The Walled Garden is particularly attractive with colourful displays during the summer and early autumn.
The 17th-century house situated in the garden was built for Sir James Murray of Kilbaberton around 1635.
The House has two Georgian reception rooms added in 1823 and are opened by the Friends of Malleny on occasions during the summer.
The garden is best visited in the summer but also looks great on a sunny Autumn day.

Open all year 10am- 5pm or dusk if earlier.
Disabled access. There are no facilities or toilets.

If you want to take a break near Malleny Garden, why not stay in one of our recommended hotels. Each hotel has genuine guest reviews enabling you to book from anywhere in the world in total confidence. Not only do we feature hotels near the garden, we also feature hotels worldwide and at all major airports. Special prices up to 70% off standard rates as well as hundreds of exclusive deals. Look now - click here. 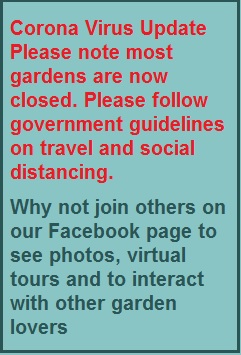