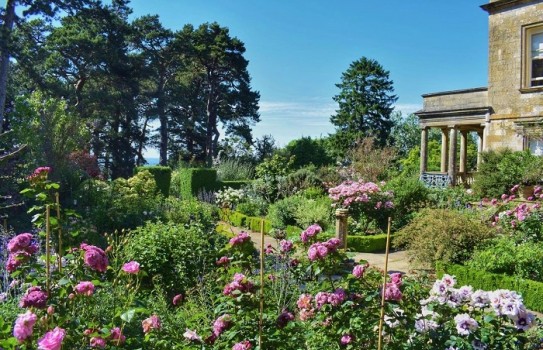 Kiftsgate Court Gardens are magnificently situated garden on the edge of the Cotswold escarpment with views towards the Malvern Hills.

HISTORY OF KIFTSGATE COURT GARDEN
Heather Muir created the garden at the 19th century Kiftsgate House from sloping woods and was helped by. Heather was helped  by her lifelong friend Lawrence Johnston who created Hidcote just 1 mile away. Since then the Garden has been developed and improved by two more women gardeners, the present one being Anne Chambers.

This garden should not be missed and is one of our favourites in the Cotswolds.
Editor's Choice

Are there refreshments at Kiftsgate
Yes - light lunches and teas

Can I buy plants at Kiftsgate Gardens?
There is a great selection of roses and other plants

How far is Hidcote Garden from Kiftsgate Garden?
About a mile

Is Kiftsgate Garden National Trust?
No

When is the best time to visit Kiftsgate?
June and July are the best months to visit for colour and scent but there is something to see all year round at Kiftsgate Court.

Visit other beautiful gardens in the Cotswolds

If you want to take a break near Kiftsgate Court stay in one of our recommended hotels. Each hotel has genuine guest reviews enabling you to book from anywhere in the world in total confidence.  Look now for Kiftsgate Hotels - click here.