On charity days and can be arranged for groups

Widely acclaimed Follers Manor Garden was featured and created on Channel 4's 'Landscape Man' and has since won numerous awards for the stunning landscaping within the South Downs National Park.

The Modern Garden at Follers Manor. Before the designer Ian Kitson was contacted in 2008, there were no existing gardens at Follers, it was essentially a blank canvas from which Ian derived his unique ideas.
The new garden needed a powerful identity to compete with the imposing house elevation and the remarkable surrounding backdrop. One of the key design features is the sunken garden which provides enclosure and intimacy within the setting, while allowing one to simultaneously admire the breathtaking views. The herbaceous displays on the south slopes, along with the pond and deck walk encourage wildlife.
The finishing touches are the brush strokes of hawthorn hedging throughout the garden which both hide and reveal the garden components. Later additions include the meadows, inner courtyard, woodland walk and drive.

2020 - Follers Manor Garden - Opening details and facilities:
Toilet. Some areas of the garden accessible by wheelchair.Open for charity and NGS on various dates. See website for full details on opening times. Open for groups by arrangement.

Holiday Cottage - We have a 2 bedroom cottage for rent in the grounds - for further details see our website. 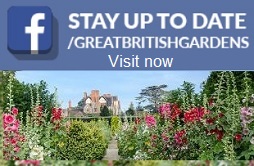